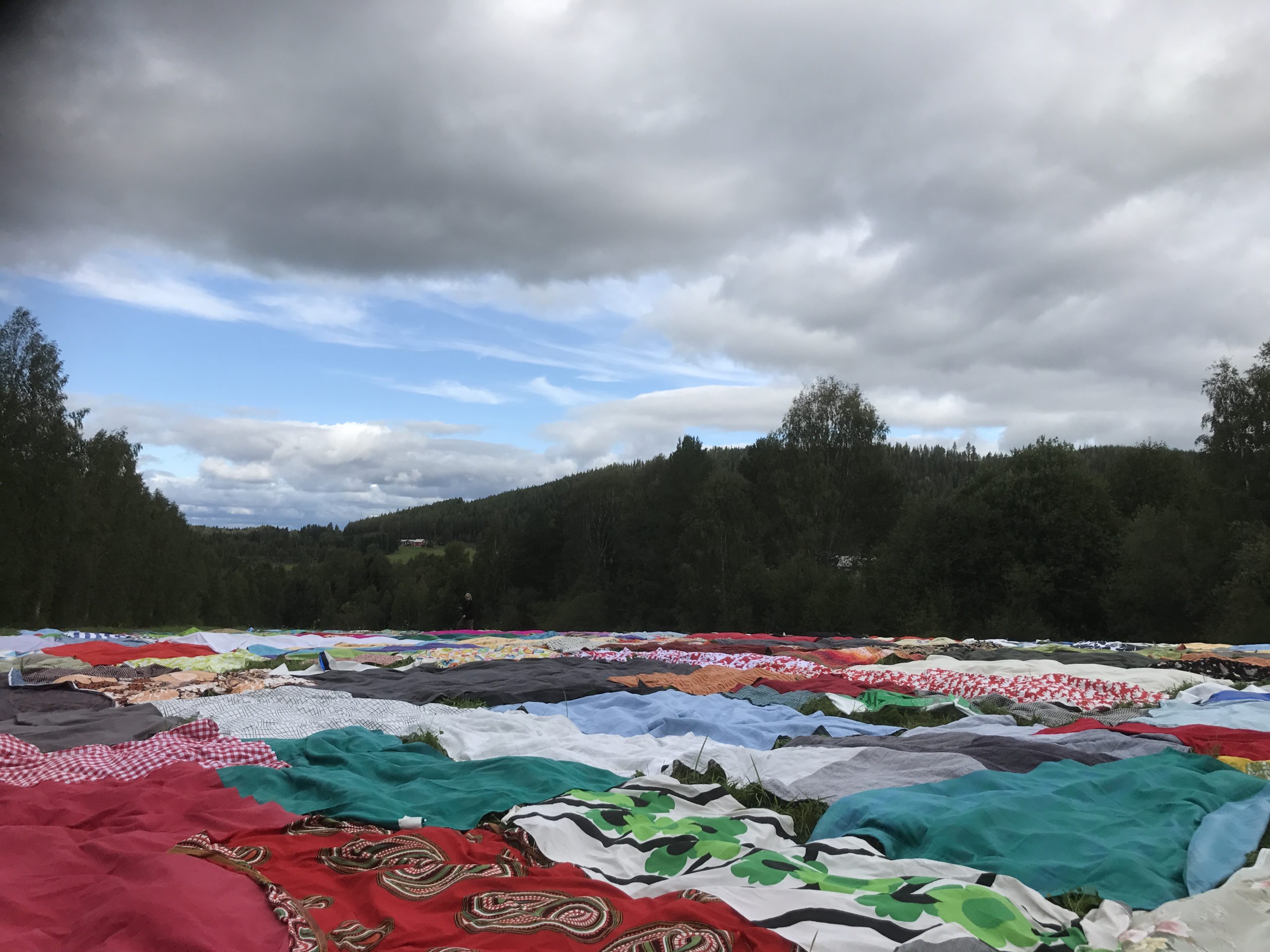 Published by Inger Bergström on 4 January, 2018

A constellation of eight artists forms, since 2014, the project Arvbetagelse: Anna Lindkvist Adolfsson, Inger Bergström, Frida Berntsson, Margareta Danhard, Catarina W. Källström, Anna Sjons Nilsson, Carina Bergholm and Maria Wahlgren. The starting point is to research the textile cultural heritage on the basis of different themes, collectively and artistically. This has resulted in a number of exhibitions, for example at Hälsingland Museum and Dalarna’s Museum. Arvbetagelse has also produced two publications, a blog and video works.

The film can be described as an artistic examination of work songs related to women’s work and textile crafts. For centuries, women’s music making has primarily been the music for home, private and everyday life – the work song has a prominent place here. Work songs become a way to create rhythm, emotions and to endure the labor. In the old peasant society, songs could be sung when scutching the flax or when striving to find a steady pace for the movement of the weaving shuttle.

Knowledge linked to craftsmanship is difficult to conceptualize, nor can you create manuals for the craftsmanship requirements for skilled execution. The work song therefore becomes a way to both describe a form of knowledge and to guide the practice itself – the work song causes the craftsman to memorize and focus, in order to get the “right feeling”.

The film shows the work of a monumental textile performance on a piece of farmland in Hälsingland. The performance can, with both seriousness and humor, be linked to the concept of Land Art, which emerged as a predominantly male artistic expression in the 1960s and 1970s. Initially there was a built-in criticism of commercialism and the urban life –the artist turned his back on the city and made his way into the landscape and took use of the materials available there.

In Landskapsarbete, another path is chosen, where the artists can be said to return the already industrially fabricated materials back to nature. With the knowledge of the depletion of our planet that industrial textile production contributes to, the work can also be seen as a despairing gesture for healing – the artists mend what they have been involved in destroying.